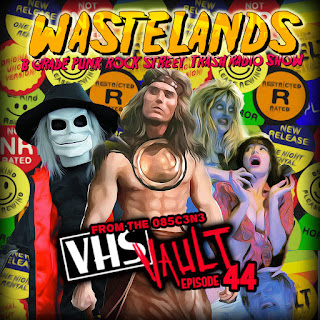 In this episode Adam dives back in to the Studio Obscenito VHS Vault to pull out three random tapes to discuss with Mark- O. This time round its Charles Band’s Puppet Master form 1989, Italian Conan Knock off - Ator the Fighting Eagle from 1982 starring Sabrina Siani and the totally ridiculous comedy horror zombie musical Nudist Colony of the Dead from 1991.

Episodes new and old can be found on Stitcher Radio, TuneIn, Mixcloud, Spotify, Apple Podcasts, Google Play or where ever you get your podcast fix. Just search Wastelands Radio Show. or go to - www.wastelands.com.au 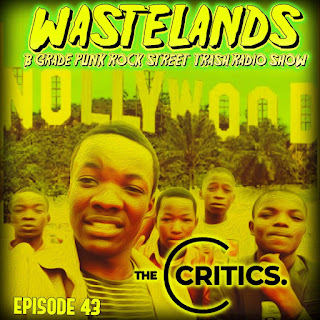 In this episode Adam and Mark talk about D.I.Y culture and a group of Nigerian teenagers who are making sci-fi movies with their smartphones called the Critics Company. Orson Welles is famous for saying "The absence of limitations is the enemy of art," nothing brings these words to life more than what these kids are doing. As we loves to say resourcefulness is the best resource and these creatives are the personification of that quote and they’re not letting anything stop them telling their stories.

he Critics Company are made up a group of youngsters aged around 19 years old from northern Nigeria, they’ve been making films, skits and vlogs for seven years with old smart phones and a 3GB Ram Intel Pentium laptop to date they have made over 20 short films and 2 sci-fi shorts CHaSE and Z the beginning, which we posted on their social media platforms. They gained recognition when Nigerian filmmaker, Kemi Adetiba, run a fundraising campaign for then and which resulted in being featured on Reuters, Aljazeera and the BBC.  The Blacklist’s Franklin Leonard and JJ Abrams are some of these young filmmakers' biggest fans and they recently picked up a sponsorship deal with RODE - Check them out on: Instagram twitter YouTube

Episodes new and old can be found on Stitcher Radio, TuneIn, Mixcloud, Spotify, Apple Podcasts, Google Play or where ever you get your podcast fix. Just search Wastelands Radio Show. or go to www.wastelands.com.au