In this episode Adam and Mark discuss Clive Barker’s 1987 Thriller/Fantasy directorial debut - Hellraiser. This is the first in three part series of micro shows that dive into the three Video nasties that formed the basis of their 25 year friendship. 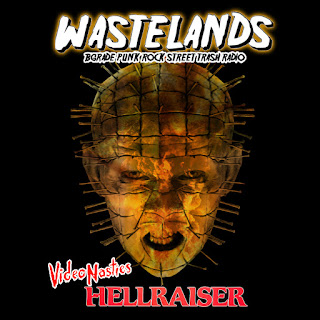 Plot - Sadomasochistic demons that pursue a woman’s zombie lover after he escaped their underworld. Despite the graphic nature of the film, it’s really a love story between Julia Cotton and her demented—and skinless—lover Frank ... whose relationship just so happens to revolve around sadistic torture.