In this episode Adam and Mark discuss Tobe Hoopers legendary 1974 horror classic The Texas Chainsaw Massacre. This episode is the third in series of micro shows that dive into the three Video nasties that formed the basis of their 25-year friendship. 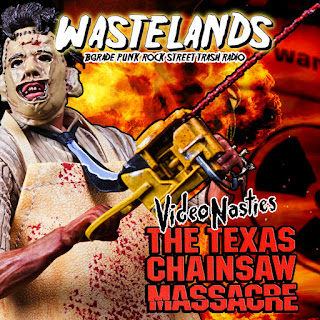 Plot - Five teenagers vs a cannibalistic Texan family of chainsaw loving psychopathsWhen Sally (Marilyn Burns) hears that her grandfather's grave may have been vandalized, she and her paraplegic brother, Franklin (Paul A. Partain), set out with their friends to investigate. After a detour to their family's old farmhouse, they discover a group of crazed, murderous outcasts living next door. As the group is attacked one by one by the chainsaw-wielding Leatherface (Gunnar Hansen), who wears a mask of human skin, the survivors must do everything they can to escape. The film was marketed as being based on true events to attract a wider audience and to act as a subtle commentary on the era's political climate; although the character of Leatherface and minor story details were inspired by the crimes of murderer Ed Gein, its plot is largely fictional.