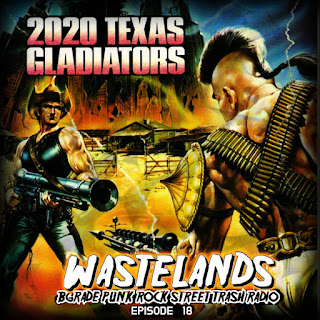 In this Episode Adam and Mark discuss 2020 Texas Gladiators, directed by none other than top sleaze/horror master Joe D'Amato, Starring Al Cliver, Al Yamanouchi & Sabrina Siani. Their main aim is to see if D’mata was a clairvoyant and how close his 1983 prediction was of the state of America in 2020.

In Texas in 2020, degenerate villains raid a monastery in which pretty Maida took refuge, when five roving Rangers show up. The battle-hardened men quickly succeed in repelling the attackers and restoring order. However, during the incident, one of her saviours named Catch Dog falls into disgrace as he tries to rape Maida. He is eventually rejected by his comrades. Later, Ranger Nexus separates from his friends, taking Maida with him. Five years later, Nexus and Maida live with their little daughter a seemingly safe life in the settlement of Free Town. In addition to basic services, the community operates a power plant and uranium mine. The village's energy reserves soon lure in dark outlaws. One day, disaster strikes as Catch Dog manages to bring down Free Town with his gang. Catch Dog himself acts on behalf of the "Black One", a totalitarian ruler who subjugates the population with his thugs. In an attempt to resist, Nexus dies. The able-bodied men are enslaved and used as labourers in the uranium production, the women are sold to different bars in the area. At some point, the three remaining Rangers meet Maida and set her free from her master, a gambler. The three encounter and manage to enlist the help of an indigenous tribe. Ultimately, the Rangers and the recruited warriors succeed in taking back Free Town. The regime of terror is overthrown. Both Catch Dog and Black One are killed, and in the midst of combat, also one of the Ranger succumbs to his injuries. In the end, Maida and her daughter can expect a happier future. The two remaining Rangers leave. 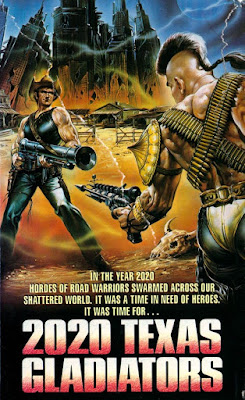