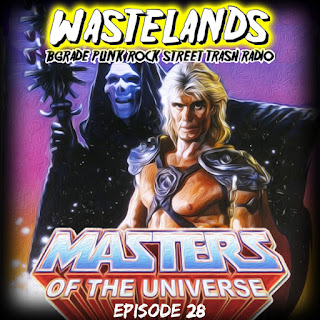 In this episode Adam and Mark take a slight detour from the barbarian theme with the Sci fi fantasy film adaption of the classic 1980s saturday morning cartoon series ‘Masters of the Universe’. Produced by the notorious Cannon films in 1987, for a princely sum of $22 million, Masters of the Universe the motion picture is one part Star Wars, one part Flash Gordon two parts cheese. and even though it missed the mark at the time and was generally canned by fans and critics alike, it still features the mighty Dolph Lundgren as He Man and Frank Langella as Skeletor. Looking at it in 2020, the film kinda stands alone as a fun nostalgic trip back in time to the marvellous 80’s.

On the planet Eternia, the dark lord Skeletor has taken over Castle Greyskull, and imprisoned the Sorceress, and Skeletor has begun draining the Sorceress' powers as he attempts to claim the powers of Greyskull and become master of the universe. Mighty warrior He-Man, the most powerful man in the universe and his companions: loyal soldier Man-at-Arms, his daughter Teela and a dwarf inventor named Gwildor finds themselves on Earth, by Gwildor's creation, the Cosmic Key, a device that can open portals that lead to anywhere in the galaxy, which Skeletor requires in his goal for universal conquest. But when the Cosmic Key is discovered by Julie Winston and her boyfriend Kevin Corrigan, both unaware that Earth is about to become a battleground, as Skeletor and his vile minions arrives on Earth, as they go in pursuit of He-Man and his companions who are searching for the Cosmic Key so they can return to Eternia and defeat Skeletor. 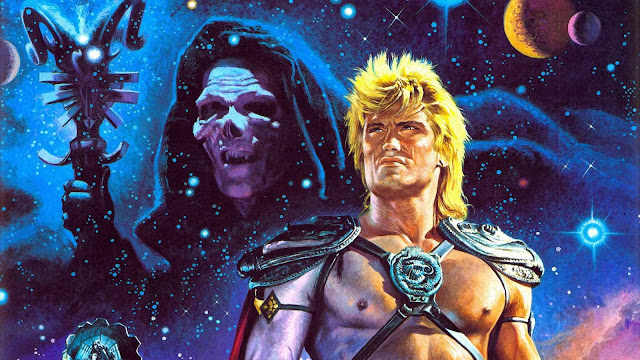