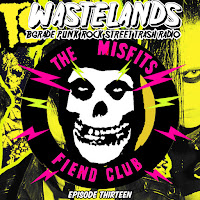 In this episode Adam and Mark discuss the horror punk phenomenon that is the Misfits and other fiend related pondering. Join them as they recount their most memorable Misfity stories, from Mark's band Disrupt Youth supporting the band in 1997 to Adam seeing Samhain's final live show. Plus the fiend factoids quiz, random banter, rambling and a fruity background soundtrack courtesy of Misfits Meet the Nutley Brass: Fiend Club Lounge. A Misfits tribute album of lounge covers released in 2005 by Misfits Records.

Misfits are an American punk rock band often recognised as the pioneers of the horror punk sub genre, blending punk and other musical influences with horror film themes and imagery. Founded in 1977 in New Jersey, by vocalist, songwriter and keyboardist Glenn Danzig,Each incarnation of the Misfits has made use of horror film and science fiction film-inspired themes and imagery, with makeup, clothing, artwork, and lyrics drawn from B movies and television serials, many from the 1950’s through 1970’s. Musically the band is often recognised as kick off of the horror punk and psycho billy sub genres and have drawn from punk rock, heavy metal, and 1950’s rock and roll and rockabilly to inform their style. Rolling Stone describes them as "the archetypal horror-punk band of the late 1970’s and early '80 s", and they are considered icons in punk music and culture.
30 Bloody Years - Samhain at the Best Buy Theatre in NYC on 01-Nov-2014
Samhain (pronounced Sowan), celebrated the final night of their 30 anniversary farewell tour, at a sold out performance on the pagan holiday the band is named after. The band was formed by Glenn Danzig immediately after his departure from the Misfits. Samhain was darker, heavier, and more experimental. Samhain celebrated their 30th anniversary as a band, and their debut album, Initium, which they played in its entirety. 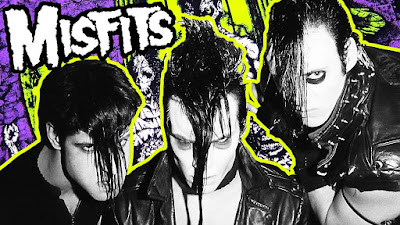