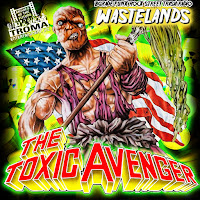 In this episode Adam and Mark take a short stroll through Tromaville, the home of New Jersey's greatest hero and location of Troma's greatest contribution to cinema - The Toxic Avenger. Join them as they discuss this genuinely funny poke at superheroes and monster movies, delivered with a healthy dose of cheap gags, splattery special effects, and T&A.

The Toxic Avenger, set in Tromaville, NJ, is about Melvin Ferd, a meek nerd, who works as a janitor at a health club. While he is of no threat to anyone, psychotic health club patrons: Bozo, Slug, Wanda, and Julie bully the kid because he doesn’t look pretty like them, and isn’t as smart as they are.
When the four aren’t tormenting little Melvin, they are busy screwing each other, or running over little boys on bicycles with their bitchen Camero; squishing their little heads. It’s the only way Bozo is able to relieve the stress of his life.
Eventually, the the four manage to humiliate Melvin to the point where he jumps out of a second story window at the health club, and into a barrel of toxic waste conveniently sitting open on a flatbed truck in front of the club. The toxic waste sets Melvin on fire, but also transforms him into a super-sized superhero/vigilante with a delightful voice. 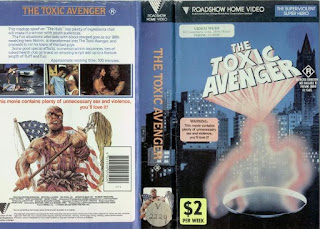 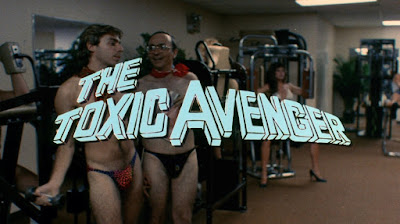